Step 2: You Don’t Need to Believe It

There is this vast worldwide regarded notion that you need to have a magnificent vision to attain great things in life… but I’m about to tell you something that you’ve probably never been told: faith is nothing but the lack of doubt.

It is as simple as that… if there is no doubt, there is faith.

It’s exactly the same with love: if the emotion/thought/action holds no negative attribute (even if it’s neutral), then it’s “packed” with love.

The lack of any trace of negativity is the foundation of love.

And the same happens with faith: the lack of any trace of doubt is the abode of belief, faith and conviction.

When you ask yourself “Do I believe this?”, if you sense zero doubt, then the answer is YES!

The most simple and effective path for you is to dwell happily in the harmony of being your manifestation type.

Enjoy the freedom, power and beauty of being yourself, in the now, and everything else falls into perfect place.

This is why it is so important to live with the honesty of intention and action.

By engaging in a daily honest living, you are slowly eliminating any kind of negative force.

Doubt tends to be one for many of us, right?

Because we’re not 100% honest with our actions.

We slack off, we do things that hinder our growth, we distract ourselves.

And these things can be very small, but their frequent repetition over the course of months and years certainly yield a feeling of insecurity and doubt in us. 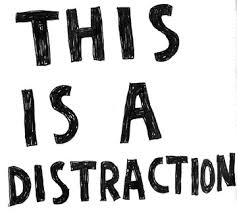 What do we gain from it?

What kind of growth does it provide to us?

Unless we’re using it for business purposed (and sometimes even then), I would say 90-95% is a distraction, and maybe 5% is actually something we benefit/learn from.

And this is done daily, for years.

If I told you the amount of time, we would spend on Facebook… it’s scary.

I’ll leave it there.

Now imagine the woman who dreams of becoming a best-selling writer, which is a dream many women (and men) share.

This woman is not bad at writing, but she’s not a natural born super talent either.

She’s 33, has a medium level job and deeply yearns she could earn a nice living by doing what she loves most: writing.

She spends around 8-9 hours daily doing her job, going to it, returning back home, grocery shopping, etc.

But she still has 8-9 hours left in her day (supposing she sleeps 8 hours).

She notices that she could have the quality of writing a best-selling author needs to have by using this available time to master her craft.

So she devotes her day to both doing her responsibilities and building the necessary qualities to make her dream happen (instead of imagining it and “waiting for the Universe” to bring it to her doorstep because of her pretty nails!).

That means that, daily, from Monday to Saturday, she dedicates 5-6 full hours to the craft of writing.

She also reads quality writers when commuting (if she needs to drive she listens to the audiobook version of the book).

Now, this lifestyle will bring certain sacrifices (many).

She won’t be spending happy hours with co-workers nor going shopping with friends after work… she’ll be building the reality she wants to manifest.

And she does so for a consistent period of 20 years.

Supposing she is only spending 5 hours in the pursuit of her writing career, that’s a total of 28,800 hours dedicated to building her dream.

Think about it… how on Earth would it be possible for a person living with such honesty of action not to have faith and certainty?

Because her actions back it up.

Most of all, it will probably not take her so long, but it certainly has taken long (and sometimes even more) to many authors; but the one trait they all shared is honest and congruent action repeated over an extended period of time.

They kept at it for as long as it was necessary.

If the woman of the example above dedicates some days to writing, a few hours when she does, and then drops writing for a whole week, and then she starts again dedicating some days only… I’m sorry, but the person who acts like this and expects to reach the status of a best-selling author is lying to herself.

Such a person has two options: change her daily actions, or avoid the deep-rooted feeling of frustration that comes from fantasizing over dreams that have no actions to back it up.

The sense of lack of doubt (faith) is the power that people living in honest action attain.

And if they combine their efforts with intentional and purposeful visualization, they are truly utilizing their powers to the greatest of their ability.

As stated before, faith can be built through action and induced visualization.

Have faith in yourself (typical sentence, right?), for you have everything that you need to make things happen, and any roadblock that you believe you currently have can be removed with persistence, knowledge and patience.

Have faith in the Infinte!

It is the source of yourself, your true identity.

Faith is the eternal light!

The light that gives the strongest energy to your own thoughts.

Faith is the starting point, the middle point, and the end point of all the things you wish out from this life!

Faith is the only blocker of failure!

Faith is the secret ingredient that, when mixed with honest prayer, gives us a direct communication with the Universe.

Faith is the secret ingredient which transforms your ordinary vibration of human thoughts into the powerful divine vibration of the Supreme.

Faith is the ingredient you have a daily opportunity to benefit from.

Let’s be thankful for having it by using it!

And if you feel self-confidence is a trait you’d like to develop and/or improve, I’ve laid out five self-affirmation thoughts for you to follow so you can build that rock solid mindset and foundation.

1. I know I have the ability to achieve whatever I want before feeling competent, this is what allows me to persist until I am competent. Therefore, I demand myself consistent and daily action towards the achievement of my goal/s.

2. I understand that the dominating thoughts on my mind are energy set in motion and they will manifest themselves outwardly; therefore, I dedicate every day 10 minutes to focus on the person I intend to become.

3. I know that the principle of visualization brings to reality any desire I persistently focus on, therefore, I dedicate 10 minutes daily to the development of self-confidence.

4. I have clearly written down my desires and goals in life, and I will never stop trying. I will do whatever it takes, for as long as it takes.

5. I understand that no desire nor dream can last unless it is founded on the principle of love, truth, and justice; therefore, I will not engage in any action that isn’t a benefit to all parties.

Please log in again. The login page will open in a new tab. After logging in you can close it and return to this page.