Step 4: Tap Your Blockers Away

Now we’re going to get even more specific on how to smash those nasty blocker fellows!

Apart from the awareness of pain and pleasure, there are other remarkable tools that are at your disposal.

Ignoring them would be slowing down the process, and because we want to be as efficient as humanly possible, I’m going to share with you a very well known healing technique that has done wonders for millions of people: the Emotional Freedom Tapping Technique.

This is a simple yet incredibly effective healing tool that builds and sustains your solid foundation for a lifetime of emotional freedom. 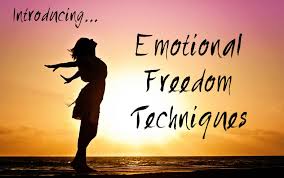 ‘Easy to learn’ and ‘easy to apply’ are the two attributes that have made it a worldwide healing phenomenon that anyone to use.

As I present this technique to you, I want to make very clear that its order, as it’s been laid out for you, must be followed as it is.

A recipe has certain ingredients which need to be added as the recipe has suggested. 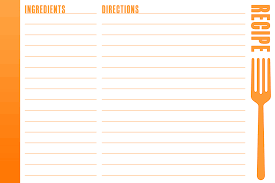 Their timing, order, and amount, if changed, can completely ruin the recipe if you’re not an expert in the kitchen.

When we make a cake, for example, we cannot add white pepper instead of sugar.

And this sugar must also be added before the cake is put in the oven.

If we don’t do this… no cake señorita!

And the Emotional Freedom Technique (EFT) recipe is no exception.

I am going to be describing it with detail so it can be as clear as possible, yet the EFT Tapping Basic Recipe is made of only 5 steps that are incredibly easy to learn.

Once it is remembered with ease, which happens fast, each round can be done in 30 seconds.

In order to achieve this, we must of course put in a little bit of time and practice, but with just a few tries the overall process becomes very easy and familiar, allowing you to do it in your sleep (LOTS of people have done this).

And then you’ll be enjoying an incredible asset to manage your blockers that will be your life companion.

Since both physical and performance issues tend to have emotional roots, it also follows that clearing energy disruptions can be useful for those as well.

When we discover those energy disruptions, we use the tapping process to recognise them, accept them and address them.

The EFT Tapping Basic Recipe creates a combination of precise wording designed to create these three essential steps part of our healing process.

The selected specific wording (which will be shared shortly) gives us the ability to connect with our blockers, and therefore it helps us significantly to address them.

The whole process is one of acceptance and change, two essential pillars to make it last an entire life.

The negative emotions that lure our garden are created due to certain events and circumstances where there is a strong feeling of rejection towards what is happening, thus creating a great deal of heavy emotions that block our chance to use the event as a growing experience right from the start through its immediate acceptance.

Instead of going through the emotional hell we impose ourselves to because we were never shown how to manage properly our emotions.

The tapping that is done in this technique allows these energy imbalances to balance again.

Before we go into the nitty-gritty of the EFT Tapping Basic Recipe, let’s get a close look at three things:

2. How to set the stage with some killer tapping tips!

KC: The Karate Chop point (abbreviated KC) is located at the center of the fleshy part of the outside of your hand (either hand) between the top of the wrist and the base of the little finger or….stated differently….the part of your hand you would use to deliver a karate chop.

TOH: On the top of the head. If you were to draw a line from one ear, over the head, to the other ear, and another line from your nose to the back of your neck, the TOH point is where those two lines would intersect.

SE: On the bone bordering the outside corner of the eye. This point is abbreviated SE for Side of the Eye.

UE: On the bone under an eye about 1 inch below your pupil. This point is abbreviated UE for Under the Eye.

UN: On the small area between the bottom of your nose and the top of your upper lip. This point is abbreviated UN for Under the Nose.

Ch: Midway between the point of your chin and the bottom of your lower lip. Even though it is not directly on the point of the chin, we call it the chin point because it is descriptive enough for people to understand easily. This point is abbreviated Ch for Chin.

UA: On the side of the body, at a point even with the nipple (for men) or in the middle of the bra strap (for women). It is about 4 inches below the armpit. This point is abbreviated UA for Under the Arm.

All we do here is to focus on one blocker.

You can start by taking any of the blockers you’ve written down in the previous chapter, maybe “the easiest one” to eradicate for you to gain some practice.

Here what we do is to establish a BEFORE level of the blocker’s intensity.

This allows us to have it as a reference so we can compare and expand our progress on each round we engage in with the EFT Tapping Basic Recipe.

This is the actual process of the exercise.

We design a simple yet effective sentence which we say while we continuously tap the KC point, guiding our system towards what we want to address.

We have two main goals here:
– Recognising the problem (blocker)
– Accept it wholeheartedly

And we achieve them by saying:

The first part of the sentence is built so we can name the negative aspect of the blocker.

This is of great importance so we can take the first step of acknowledgement.

It is the negative that creates the energy disruptions that the EFT Tapping Basic Recipe clears.

This is the part that stimulates/balances the body’s energy pathways.

In order to perform it, you tap each of the points shown in the Tapping Points above while you repeat the sentence described before so you keep your system tuned into the issue.

Allow me to list the Tapping Points again to you, followed by a description of the sentence below:

At each tapping point you repeat the first part of the sentence.

So if your blocker was “procrastination habit”, the moment you tap into each of the Tapping Points you’d say:

“Even though I have this procrastination problem…” (and finish the sentence)

Finally, you establish an AFTER level of the blocker’s intensity, again between 0 to 10.

After you do this, you compare it with the BEFORE level for you to see the growth and progress you’ve made so far.

We repeat this process until the AFTER level is down to zero.

Because we are the real deal and don’t do half-ass things!

Now, if you’ve got 1 hour of your time I highly recommend that you watch this entire video.

I’ve watched it probably 7 times (the whole thing) and it’s well worth it.

Continue to Step 5: Your Homework >>>

Please log in again. The login page will open in a new tab. After logging in you can close it and return to this page.